Fanbots - bots in the music and entertainment industry

Bots are commonly used in e-commerce, education and travel industries, but also have great potential in other industries, such as music and entertainment.

An artists can create a bot for themselves, or for their band, or brand. They can connect the bot to social media such as Facebook, Twitter, Telegram, Kik, and others. The bot can be trained directly by the artist, or through their agent or a service, to answer common questions from fans, quote their lyrics, or provides audio samples of their music.

An example of bots used in the music industry is Deathbot. On October 10th Deathbot took over the bands Avenged Sevenfold's website to promote their upcoming single. Deathbot was hosted on Bot Libre. Bot Libre made it easy for the bot to be trained to answer fan questions without any requiring any programming, and Bot Libre's animated avatar support helped the bot engage fans on the web. 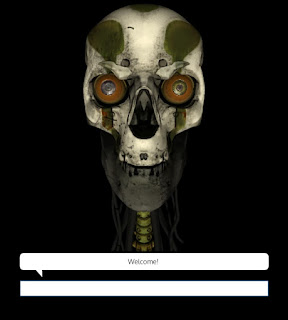 If you are famous, and looking to connect with your fans, email us at fanbots@botlibre.biz. We can develop your bot for you, and connect it to social media. If you have millions of fans we can setup your own dedicated server through our Bot Libre for Business Dedicated service plan.